You see our names in emails and get very official documentation, but how much do you really know about our office culture?  Not a lot. We share some things here and there on Facebook, but other than that, you don't get to see or hear too much about what the daily workings are like. As a group of creatives who are also friends and kind of like a little family, we enjoy working together. We have fun days and mini contests that help the team bond. Today, we'll share last week's fun with you.

Monday: Every Monday, the team gets together for a team meeting.  We talk about what's going to happen during the week and what moving parts are moving in which direction. This meeting makes sure we are all rowing in the same direction at all times! 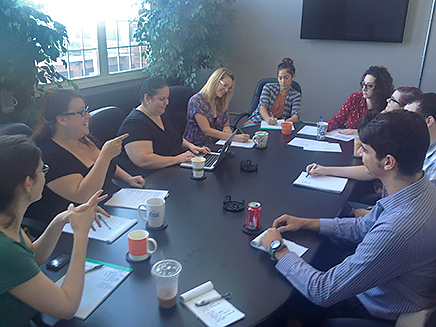 Tuesday: We had a neat and tidy desk competition where everyone was challenged to tidy up his or her desk. Liz was the winner by a landslide! Well done, Liz! She's our most meticulous designer so it makes sense that her desk is as meticulous as she is. 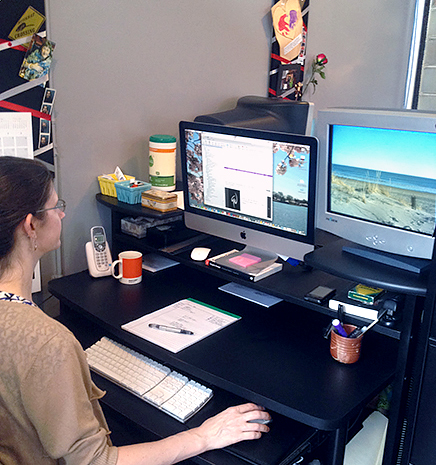 We won't post a pic of the person who lost the contest. We don't want to embarrass anyone. Let's just say his/her participation level in the contest was somewhat unenthusiastic.

Wednesday: Um…nothing that great happened. We practiced fire safety and had a fire drill. That was a dull day for us, but not for the studio that waited nervously for our return! What if there's really a fire!?! The studio had a glass of wine after work on Wednesday, we're pretty sure. It could have been a close one! 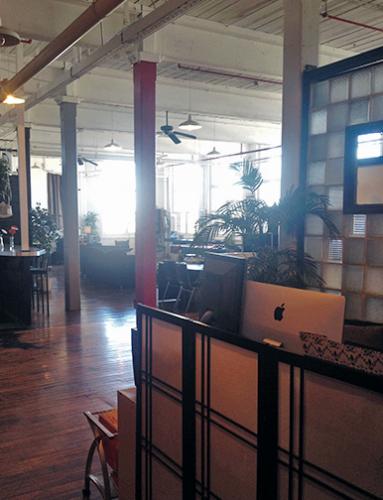 Thursday: There was a very heated pool battle between Piero and Andre. It gets intense and almost came to fisticuffs when Andre accused Piero of hustling him! (Not really but it sounded more fun for a second, right?) 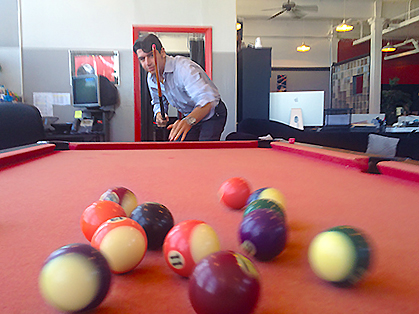 Friday: Funky skirt day was awesome. We all decided to wear a fun and funky skirt to work. We have stripes, we have polka dots, and we have geometrical shapes. We've got it all, just like Bogie and Bacall. 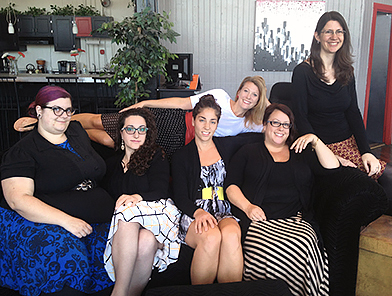 What do you do at your place to keep the team together?